An avid surfer originally from Miami, Dave Futch has been a Maui resident for more than three decades. “My wife and I moved from Florida to Maui for our honeymoon — and we’ve been on it ever since!” he says of his island home. He’s been a licensed realtor based in the charming town of Haiku for 27 years, specializing in Upcountry and North Shore residential real estate sales. In that time, he’s closed 279 transactions and has achieved more than $188 million in sales.

He and his wife Andrea built their family home in Haiku and have lived on that same property ever since. “I was attracted to Haiku because of its country feel and its proximity to Ho’okipa Beach Park, Maui’s epicenter for surfing and windsurfing,” says Dave. “Most of the friends I’ve made have also been attracted to the Haiku (country) vibe. It seems that the best friendships are made with folks who share similar interests. 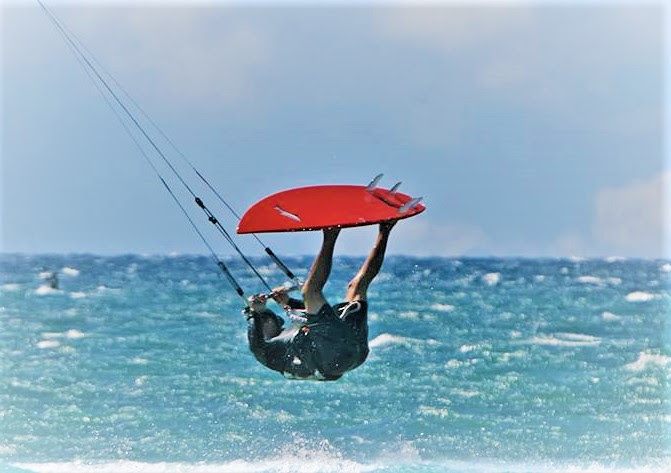 “I just love my home, living with my wife, and visiting with my daughter, who now lives in Santa Monica,” says Dave.

Operating completely on his own and without the benefits of a support team, Dave has been one of the top 3% of all Maui real estate agents for the past two years. “Earning this huge honor as a solo agent is particularly important to me, knowing that the stats for many of my fellow recipients were derived from groups or teams,” says Dave.

Living his values is an important focus for Dave, who is highly attuned to his purpose in life and to supporting causes that he believes in by giving of his time and energy. He counts being chosen for the Hawaii Association of Realtors® Leadership Academy as one of his most significant career accomplishments. “What I learned there has changed my life,” he says.

Rather than working with a team of juniors, Dave instead devotes much of his time to mentoring other agents, sharing his wisdom and experience learned from many years working in the Maui market. He’s carefully chosen a small group of Hawaii Life agents who align with his values and philosophy, and advises them to, “Discover what someone’s interests are and help them find their way to happiness – this is what sparks joy for me.”

It’s not a profit motive at the heart of Dave’s career, which is, oddly enough, the reason he’s been so successful. For him, it’s mostly about the stoke of impacting people’s lives. “Making people happy is my inspiration in both my work and personal life,” says Dave, who says his favorite aspects of his job are: 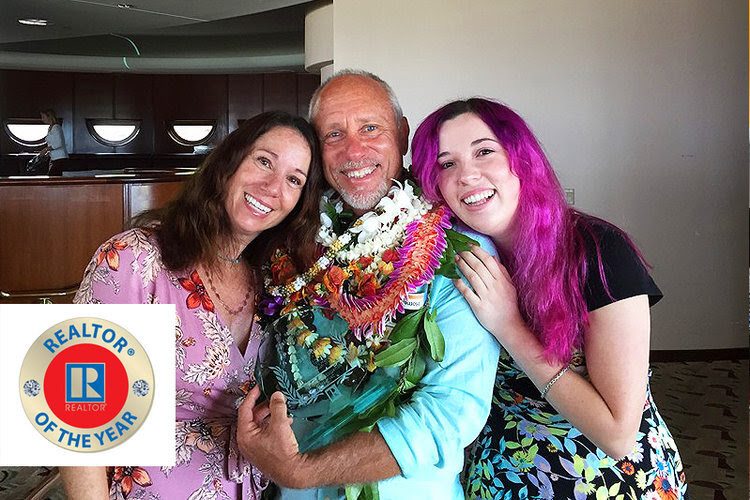 “Discover what someone’s interests are and help them find their way to happiness – this is what sparks joy for me,” says Dave

After all these years, Dave still loves his life on Maui, appreciating the artistic and interesting people that gravitate to Maui for its natural beauty from all over the world. He says he draws energy and positive vibes from kitesurfing, windsurfing, books, art, and architecture. Here are a few of his favorite Maui inspirations:

“He was a neighbor of ours for decades and was a continuous contributor to my belief system. One line from the book is, “surfing is like a dance”. I apply this idea to my personal and business lives. His positivity was unmatched,” says Dave.

As a graduate from Haleakala Waldorf School, Sabrina learned to be artistic, as a graduate from the Rhode Island School of Design (RISD), she learned to refine her skills. “Her comics and illustrations reflect her great values and make you smile,” says Dave.

“Willie K makes me want to dance – especially when on the Sunset Sailing Cruise!” says Dave.

Dickey was born in Haiku, Maui, and is credited with the “Dickey roof” with its extended eaves, a signature feature of Hawaii’s classic plantation-style home. His uncle was Samuel Alexander, co-founder of Alexander & Baldwin. “His architectural style reflects a timelessness and a subdued grandeur that will forever be a classic,” says Dave.

“Baldwin Beach is stunningly beautiful and often looks like the screen saver on your computer. A peaceful sunset or morning stroll can make an everlasting impression,” says Dave.

While he’s been known to kitesurf, play golf, and go snowboarding, Dave’s all-time favorite part of Maui life is surfing. “Nothing quite compares to the feeling you get when riding a wave. I am forever on a quest to revisit that “stoke”.”

It goes without saying that Dave holds tremendous admiration for his wife of 31 years, Andrea. “She is a beautiful person, inside and out. She is someone who embodies the best virtues,” says Dave. “Her selflessness and generosity, her sensibility, and her ability to recall the words to all of the songs…she never ceases to amaze me.” ❤️ 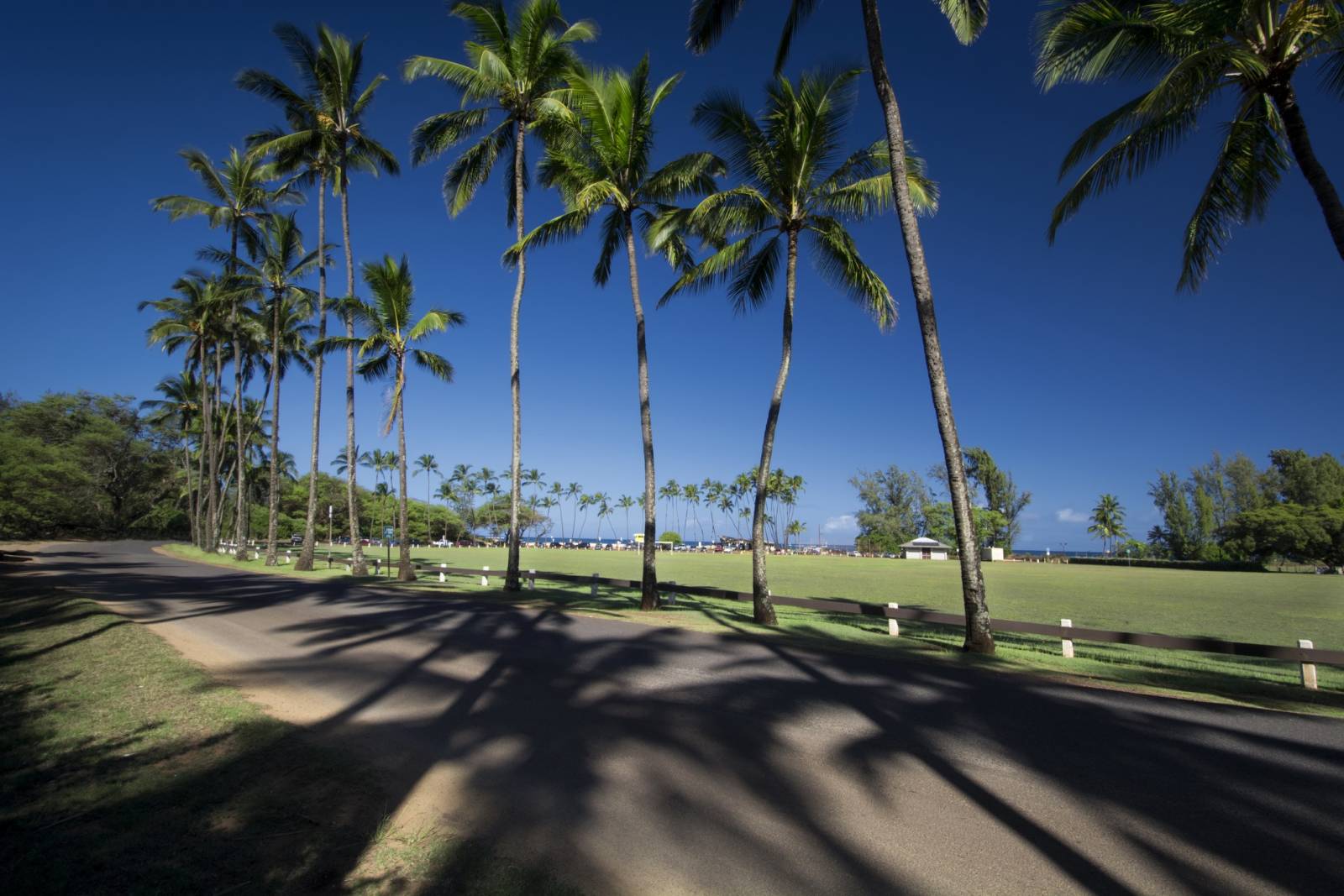 When Dave joined Hawaii Life, the company he’d previously worked with had been acquired. “The philosophy of the new owners was out of sync with my own. When interviewing with Hawaii Life, I confirmed their cultural and philosophical “north star” was in alignment with my own, so I signed on immediately. To this day, I have no regrets!” says Dave.

“I feel that the culture of Hawaii Life can be loosely interpreted as “barefoot intelligence”. The relaxed nature by which extraordinarily successful things are done,” he continued.

“I have learned that the values that guide the company leaders have shaped its culture. There is a sincere interest in doing the right things in a manner that is simple, virtuous, and direct,” he says. “Notably absent is a stiff corporate feeling. But what is clearly present is a feeling of caring and entrepreneurship that is woven into the company’s fabric. This is a place where success breeds success. These are the qualities to which I aspire.”

In his downtime, you can find Dave surfing Maui’s North Shore, and having dinners with family and friends. If you’d like to share Dave’s palpable stoke for life on Maui, and if you feel that his values are aligned with yours, please don’t hesitate to reach out to talk story with him. 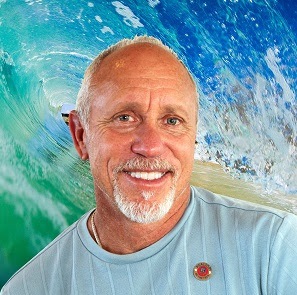 Having been born and raised in New York, I grew up enjoying the changing seasons. Fall was always fun as school …

Born and raised in Long Beach, California, Jeannine Carr has been a Hawaii resident since 1976. She and her husband …

Spotlight on Pamela Reader – from NYC to Lahaina, Pam’s Been Making An Impact

Pamela Reader moved to West Maui from Queens, New York, in 2001 with her (now) husband for what she expected …

Raised in Boise, Idaho, Rich Wu has been a happy Hawaii resident for eight years. Following his graduation from Boise …