Public Lands And Private Conservation – Hawaii And Beyond

I am currently reading That Wild Country: An Epic Journey through the Past, Present, and Future of Americaʻs Public Lands by nature writer Mark Kenyon. The book is maybe a little heavy for the general reader on the details of how “public lands” — the 640 million acres, approximately 28% of the land mass of the United States including Alaska and Hawaii that is owned by the federal government and set aside specifically for public use — came into existence under various designations and use categories. 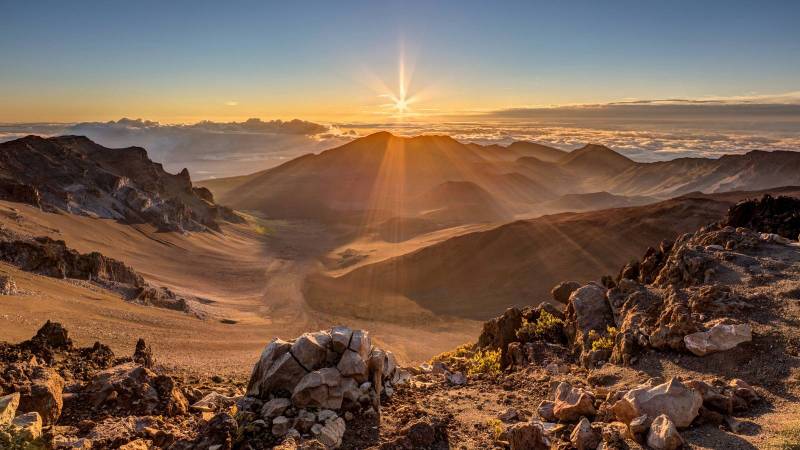 Sunrise at Haleakalā, one of two national parks in Hawaiʻi. Fifty years ago, in 1969, Mauna Kea Resort developer Laurence Rockefeller acquired and gifted 4,300 acres to expand this national park on Maui.

But as Hawaii Lifeʻs Director of Conservation and Legacy Lands, I felt it was important to understand and contemplate the century-long ebb and flow of public efforts to protect intrinsic environmental values and historically significant sites, and to set aside undeveloped U.S. land to provide open space for humans to hunt, fish, ranch, and experience wild places and solitude. I was especially interested in the role that individual conservationists and non-governmental entities have played in preserving special places for future generations here in Hawaiʻi and beyond.

The Federal government owns and manages about 20% of the land area of Hawaiʻi. The distribution of federal lands in Hawaiʻi is a microcosm of the types of designations created for different purposes and uses. The main exception would be that much of federal land in the Western part of the contiguous 48 states is open for grazing leases, as well as natural resource extraction in some areas.

Here in Hawaiʻi, one-fifth of federal lands are military bases (Department of Defense). Of the remaining acreage, a little more than half is managed by the National Park Service, and the remainder by the U.S. Fish and Wildlife Service. 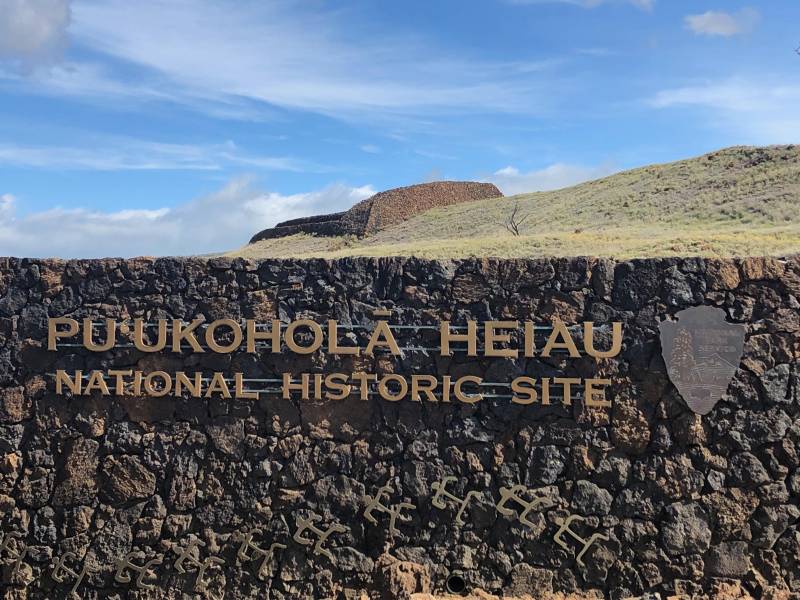 Most National Park Service managed land in the state is on Hawaiʻi Island, including Puʻukoholā National Historic Site.

Piecing Together Conservation and Legacy Purchases in Hawaiʻi Today

In our efforts to protect land with conservation and agricultural value in Hawaiʻi today, the federal government occasionally plays a supporting role but is not the major actor in the scene nor the eventual landowner. One reason Hawaii Life created a Conservation and Legacy Land initiative is that we realized an individual landowner or community with a goal of protecting certain lands might need help understanding the mechanisms available and piecing together the funding. 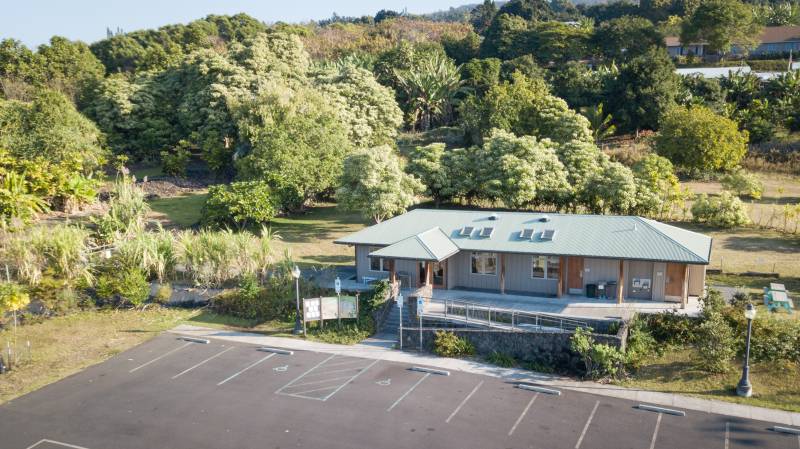 Amy B.H. Greenwell Ethnobotanical Garden and visitors center are shown in this aerial photo; multiple funding sources were tapped by the nonprofit that is its new owner.

For example, when Bishop Museum announced their intention to sell Amy B.H. Greenwell Ethnobotanical Garden, they had a property that had no governmental designation or zoning as a conservation property, but had been given to them with deed restrictions requiring that they sell only to another entity that would keep the property in its current use. The Gardenʻs users and local community formed a new non-profit organization, and the Friends of Amy B.H. Greenwell Ethnobotanical Garden began raising $1.4 million to acquire the property.

Ultimately the purchase funds came from the State Legacy Land Commission, a conservation easement paid for by the Hawaii Countyʻs Public Open Space fund (PONC), private foundations — and the federal government in the form of a USDA Community Forest Program grant. Seller Bishop Museum agreed to continue to provide operating support for the new owners.

In Kaʻu district on Hawaiʻi Island, the Trust for Public Land facilitated the purchase this year of 2,317 acres for preservation. The County Public Open Space and Conservation Fund granted $4 million for a conservation easement, the State Legacy Land Fund brought $2 million, and the selling landowner donated part of the total appraised value. The new landowner will be the non-profit Ala Kahakai Trail Association, which provides community support for the management of the national Ala Kahakai Trail, which runs for 2.3 miles through the 2,317-acre Waikapuna property. This is the second parcel now owned by the trail association. 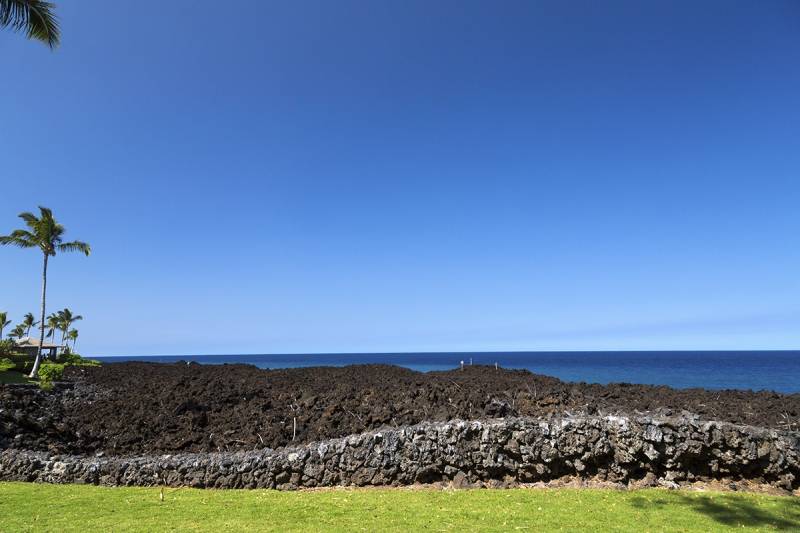 The Ala Kahakai National Historic Trail is a 175-mile trail traversing through hundreds of ancient Hawaiian settlement sites. In this photo you can see the trail signs on the shoreline in front of Halii Kai in Waikoloa Beach Resort.

Similar joint efforts between communities, government, and private resources are protecting stretches of undeveloped coast in Hana, Maui, and were responsible for the landmark effort that protected 79% of open lands then owned by Turtle Bay Resort on Oahuʻs North Shore.

As important as governments have been in conservation and giving all of us the right to enjoy public lands, much of the hard work is done by communities and individuals. How can the average person help? If you are making Hawaiʻi your home — or one of your homes — and would like to learn how you can work with us or any of the local conservation organizations to protect special places and preserve a heritage and way of life, please feel free to contact me.

Very well written and informative. Thank you for this piece and your work in this arena. Living on Lanai, I take for granted open space in Hawaii, but I plan to look into Ellison’s intentions to leave open space. He does employ people to protect our nesting birds as well as reforesting native plants to stop erosion. If you ever want to visit Lanai and meet with these two people, I would welcome the opportunity to set that up for you. They are very well versed in many areas of conservation. Happy New Year, Sherri

Preserving Mahukona on the Kohala Coast

Today Hawaii is effectively closed to visitors as the State acts to contain the spread of the Covid-19 virus. Only …

Cruising Around Maui in Style

Drive a Vehicle that Fits Your Lifestyle When it comes to lifestyle…Maui has something to offer for everyone. Maui is …

I dislike the term “social distancing.” We are social creatures, and I fervently hope that while physical distancing is a …