The Big Island of Hawaii is one of the world’s greatest locations for avitourism. For those willing to trek across the landscape, the reward is an incredible sight of some of Hawaii’s native birds. Among all the Hawaiian Islands, the Big Island is popular for having the most endemic species of birds.

For the best vantage point and opportunity to see the various native populations of Hawaiian endemic bird species you’ll want to make the trek to the Hakalau Forest National Wildlife Refuge. By no means an easy location to get to, but it is well worth it. The refuge is a two hour drive east of Kailua-Kona and you will need an authorized guide for access. To find an authorized guide you can visit this link and setup your tour.

Hakalau’s Reserve is where many visitors flock to see one of the most sought-after species of owl, the Pueo, or Hawaiian Short-eared Owl. Remarkably, this owl is active during the day and is often seen soaring over open areas of the reserve. 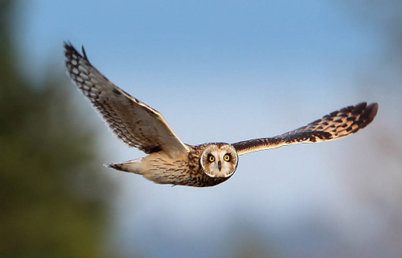 A second extremely sought-after Hawaiian endemic bird is the Hawaiian Hawk, or the ‘Io. This species of hawk is known to only breed on the Big Island. In Hawaiian culture they are a symbol of royalty. Keep in mind that the ‘Io often nest and stay near native ‘ohi’a trees. In order to see them on the reserve you’ll need to pack your hiking boots and venture into the cloud forest. This link details the trail on the reserve where you will find these native trees and the hawks that often accompany them. 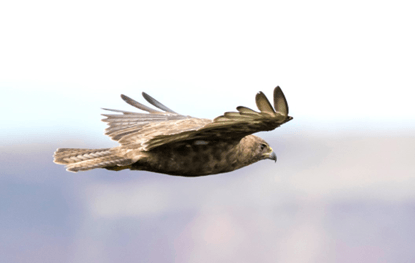 A third and remarkably colorful bird that you won’t be able to miss once you see it is the ‘Apapane. This bird was once prized by native Hawaiians who revered their bright red feathers. They are often seen at high elevations above the forest canopy amongst the ‘ohi’a evergreen trees. These small finchlike birds belong to a group of native Hawaiian birds called honeycreepers. Closely related to finches, many went extinct over the years due to a variety of factors. To be sure you get a glimpse of this small rose colored bird, keep an eye on flowering ‘ohi’a trees as they favor the native flower of this tree. 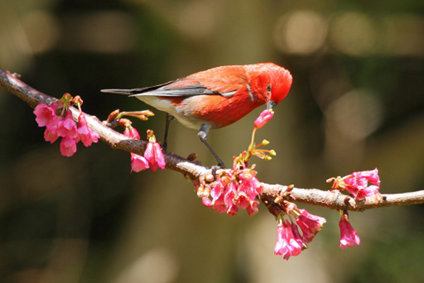 A highly distinctive native Hawaiian bird that can be seen gracefully flying above the ocean is the White-tailed Tropicbird (Koa’e Kea). A majestic tropical bird that was also greatly revered by Hawaiian artisans who loved to use the long tail feathers to decorate Hawaiian royalty. They’ve been known to nest in the crater walls and other secluded rock cliffs of Hawai’i Volcanoes National Park. They’ve even been seen flying above the lava lakes. Luckily, you won’t have to hike or trek your way into the altitude or deep into the forest to locate this beautiful species.

They actively hunt and eat tiny fish and squid so very often you will see them at the beach plunging from great heights into the ocean. It’s a spectacular sight to see. 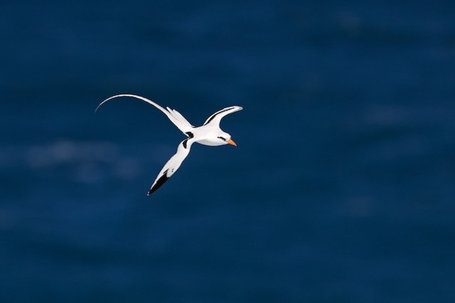 Give me a call at 808.938.3910 or email me if you are interested in learning more about birds in Hawaii or anything in general about life on the Big Island of Hawaii.

A Stunning Opportunity to Own Twin Waterfalls on the Hamakua Coast of Hawaii. Hawaii Luxury Estate for Sale – Property …

If you enjoy making cocktails especially over the past couple of years during the pandemic, here is a fun cocktail …