If you haven’t heard or seen by now, on September 29 at 3:20 pm HST, the Hawaiian Volcano Observatory detected an eruption of the Kilauea Volcano. Lava fountains reaching heights of as much as 49 feet high were observed. As of October 26, lava continued to erupt from the Halema’uma’u crater.

This eruption follows the previous Kilauea eruption which occurred just 4 months ago. The summit of Kilauea, within Halema’uma’u crater remains one of the most active volcanoes in the world. The United States Geological Survey posted new close up footage showing lava erupting from the west vent inside Kilauea volcano. On October 15 the total erupted volume of lava was estimated to be 5.3 billion gallons.

Thankfully, the lava has continued to flow within Halemaʻumaʻu crater in Hawai‘i Volcanoes National Park, a closed area of the park. This eruption pales in comparison to the 2018 eruption that decimated hundreds of homes and displaced many residents. Experts have been quick to mention that this eruption is not expected to flow into residential areas

Kilauea has been active since 1952 and many traditional Hawaiian chants and anecdotes tell stories of numerous eruptions. The 2018 eruption left geologists with clues about the future of this active site. Because much of the magma that filled Kilauea for years left the volcano in 2018, scientists say the volcano is refilling and will experience many eruptions of this size for years to come. In fact, this latest eruption has been drawing many people to the park to witness the lava flows.

USGS scientists have indicated that this eruption will stay within the crater. Only the 2018 eruption was located in the lower east rift zone when fissures opened across various populated areas of the Puna district. If you have ever wondered what creates Hawaii’s esteemed and incredibly unique black sand beaches, check some of the footage from the 2018 eruption. When lava from eruptions reaches the Pacific Ocean the molten lava reacts with the water and creates these remarkable phenomena. 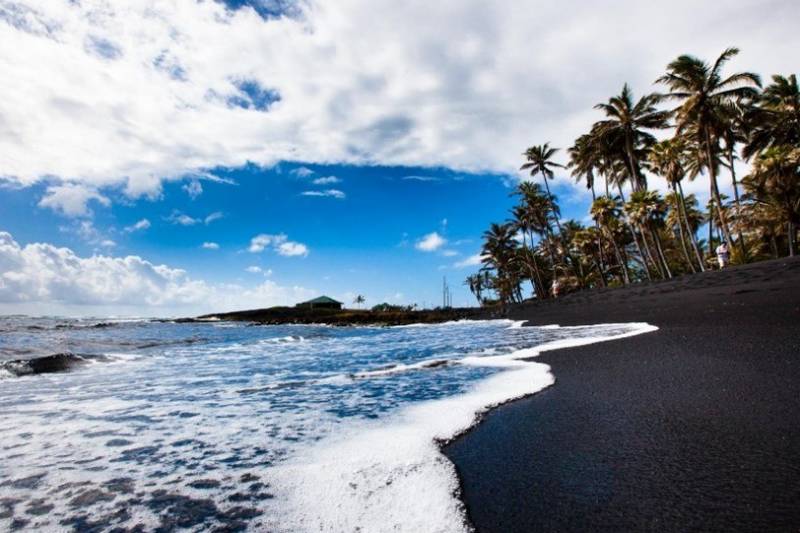 Pele Goddess of Fire and Volcanoes

No discussion of Hawaiian volcanic activity is possible without mention of Pele, the goddess of fire and volcanoes. The ancient Hawaiians personified many natural phenomena and forces as gods and goddesses. Volcanic eruptions are remarkable experiences of power and nature’s ability to both create and destroy. It’s no wonder Pele was considered one of the most polarizing and visible goddesses.

Pelehonuamea literally translates to, “She who shapes the sacred land.” Portrayed as a beautiful female goddess with a passionate and volatile temper who lived at the summit of Kilauea. The goddess was known to consume the Big Island during volcanic eruptions, thus creating new land and opportunity for growth in the process.

So renowned is this goddess that a form of lava has been named after her. Pele’s hair is the name of lightweight volcanic glass that forms from lava fountains. The strands are formed through the stretching of molten basaltic glass from lava and fountains. 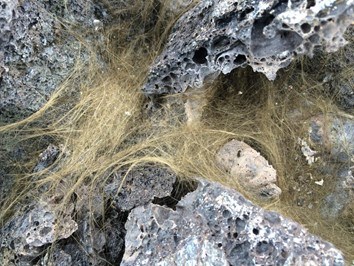 In the stories passed down across generations of native Hawaiians, Pele travels throughout the islands, appearing as a beautiful young or much older woman. Legends told by many are filled with feuds and fights. It was until the fire goddess left Tahiti after another feud for Kaua’i that she established her home in Kilauea.

Prior to visiting the park, officials have warned to be very careful of ground instability and the minor hazards of ashfalls, dusting, and obviously avoiding the edge of the caldera which features a 500-foot drop.

Give me a call at 808.938.3910 or email me if you are interested in learning more about Kilauea, Pele, or anything in general about life on the Big Island of Hawaii.

I just came back from Hawaii last week and flew over the volcano in a helicopter. It was amazing to see down into the Hugh crater

Happy Aloha Friday! How are you guys hanging in this heat? For events on Maui this weekend, we have Paula Fuga …