Ironman World Championships Set to Return to the Big Island

By now many have heard of ex-Navy Seal and motivational speaker David Goggins who has become renowned for his daunting personal endurance challenges. In 2008 Goggins set out to raise money for the families of Navy Seals who died in Afghanistan. Goggins decided to google the 10 hardest events in the world and found himself in Hawaii at the 2008 Ironman. 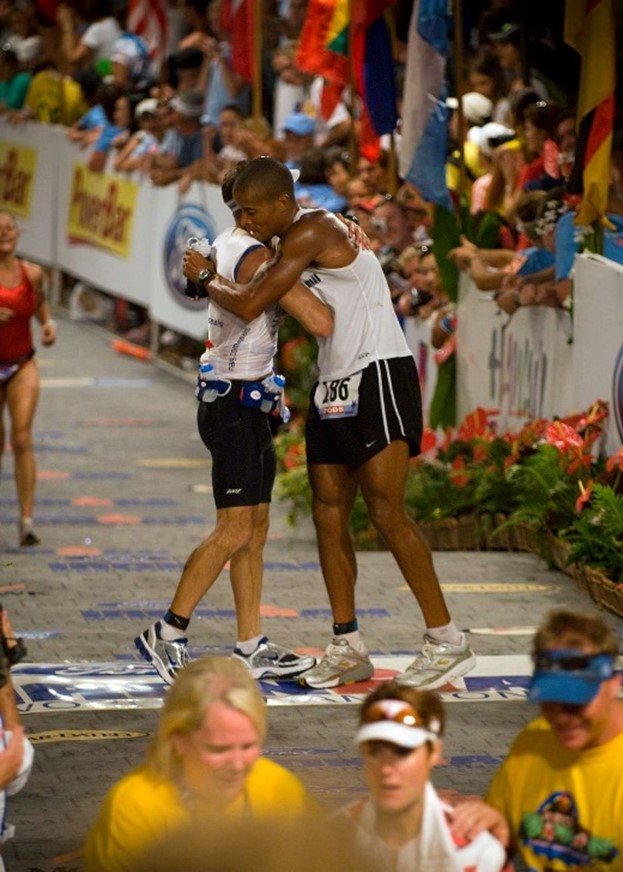 What is the Ironman Race?

Since its inception, the Ironman Race has been the Mt. Everest of athletic performance. Decades of participants have competed in hopes of etching their names in the annals of this iconic event. Some of the greatest professional athletes to ever race include former Pittsburgh Steeler Hines Ward, motivational speaker and ultramarathoner David Goggins, NASCAR Driver Jimmie Johnson, and Olympic softball player Jennie Finch to name a few.

For those not familiar with the course, it entails a 2.4-mile swim, a 112-mile bike ride, and a 26.2-mile run. The biking and running legs of the course consist of very hilly terrain and steep elevation climbs through the lava fields of Kona. The biking leg of the race features a total elevation gain of 5,814 feet, and the running leg features a gain of 1009 ft. Just to qualify for the race is an accomplishment as the qualifying races have become uber-competitive in recent years. A series of Ironman races leading up to the world championship offers a minimum of one qualifying spot per age group. An astounding 80,000 athletes across multiple age groups attempt to qualify for one of the 2,000 slots available every year. 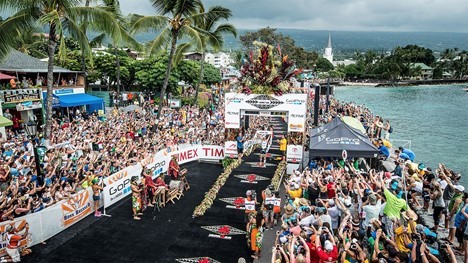 What attracts so many spectators and athletes to competitive sports is the opportunity to challenge oneself and test mental and physical limits. In doing so, we have been gifted moments that leave viewers awestruck at the capabilities of the human spirit. One such moment took place at the Ironman World Championships in 1982. It is considered a defining moment in the race’s history and one which caught the world’s attention. Julie Moss at the time was just one of just 50 female participants and was leading during the final miles of the race – the ending marathon run. Nearing the finish line Moss’ body gave in. She collapsed four times and crawled her way to the finish line for an astounding second-place finish. Today it remains one of the most iconic moments in sports history. 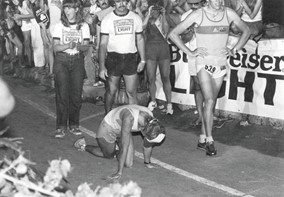 “It let people see that you did not have to be a superwoman to do this race. You could be the girl next door who finds the will to get up when you fall.”  – Julie Moss

And so, after having the 2020 race canceled and a false start in 2021 due to the pandemic, Ironman has been pushed out to return to Hawaii in February 2022. The hope is for a reprieve from the pandemic that would allow for the event to take place and for spectators to once again gather along the final stretch of the Queen K highway to witness some of the greatest athletes in the world accomplish what many think to be impossible.

Please give me a call at 808.938.3910 or email me if you are interested in learning more about the Ironman event or anything about life on the Big Island of Hawaii.

‘What is the ironman’ paragraph says once again this October — later it’s Ironman World Championship 2022 in February. Please correct the October date given.