Brief History of the Aloha Shirt

An image synonymous with a trip to Hawai’i since as long as many can remember is the colorful and radiant Aloha shirt. Set against the backdrop of a palm tree and a sunset, the aloha shirt is included in almost everyone’s dream Hawai’i vacation. While the shirt may be a Hawaiian mainstay, not many know the origin story of this now immensely popular clothing item.

This stylish garment first appeared in Hawai’i in the 1920s. Hawaiian culture had entered the mainstream in the previous decade, and Hawaiian records and ukuleles were ubiquitous. The Aloha shirt entered into American culture at a time when Hawaiian culture itself was reaching great commercial success. Americans had their eyes fixated on the island life. It is said that Japanese women adapted kimono fabric for use in men’s shirts. The shirts quickly caught on among the local tourists in the ’20s and their popularity rapidly grew in the ’30s. 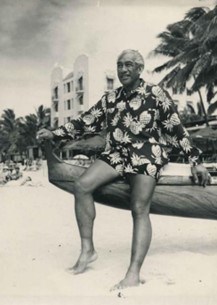 In June of 1935, the first ad for the Aloha shirt read, “Aloha Shirt well-tailored beautiful designs and radiant colors, “ready made or made to order 95 cents up.” Musa-Shiya was a small but skilled tailor who ran the ad and brought commercial success to the Aloha shirt. 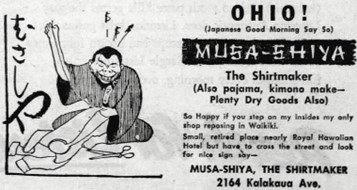 Rube Hauseman was a second garment maker who eventually partnered with Musa-Shiya. He bought silk and vivid color patterns from Musa-Shiya and started passing his shirts out to many of his close friends. He was fortunate in that he was friends with many of the original Waikiki Beach Boys. The first generation of Hawaii’s famed watermen who provided surf lessons and canoe rides during the early years of Waikiki’s popularity. Hauseman recalls that many of the original beach boys would hang out at a local bar known as the Rathskellar Bar which was also frequented by famed musician Bing Crosby. Crosby encountered the beach boys and the Aloha shirt style and started donning it himself. 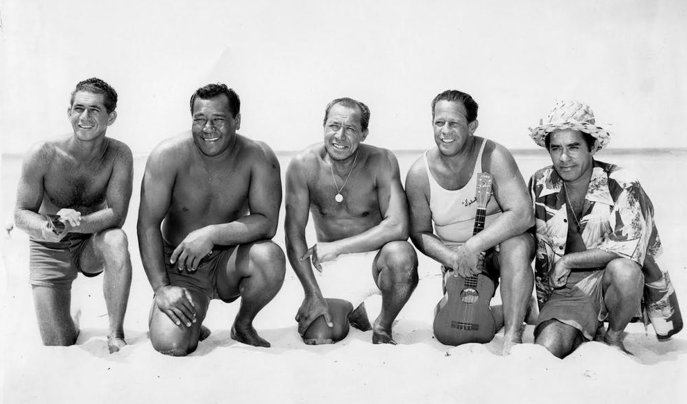 Pretty soon, Musa-Shiya and Hauseman had celebrities like Shirley Temple and actor John Barrymore making personal requests for their handmade garments. As is the case with many fashion trends, once they catch on amongst celebrities, they skyrocket in popularity. By 1940 it was estimated that aloha shirts were generating sales of more than $11 million a year (in today’s dollars).

And, of course, in 1961 Elvis Presley starred in Blue Hawaii. Donning an Aloha shirt and strumming his ukulele all but ensured that the Aloha shirt wouldn’t be a long-lost fad in American fashion history. But a mainstay in casual wear and beach culture. Aloha Fridays became a feature in the workplace and furthered the popularity of the shirts. 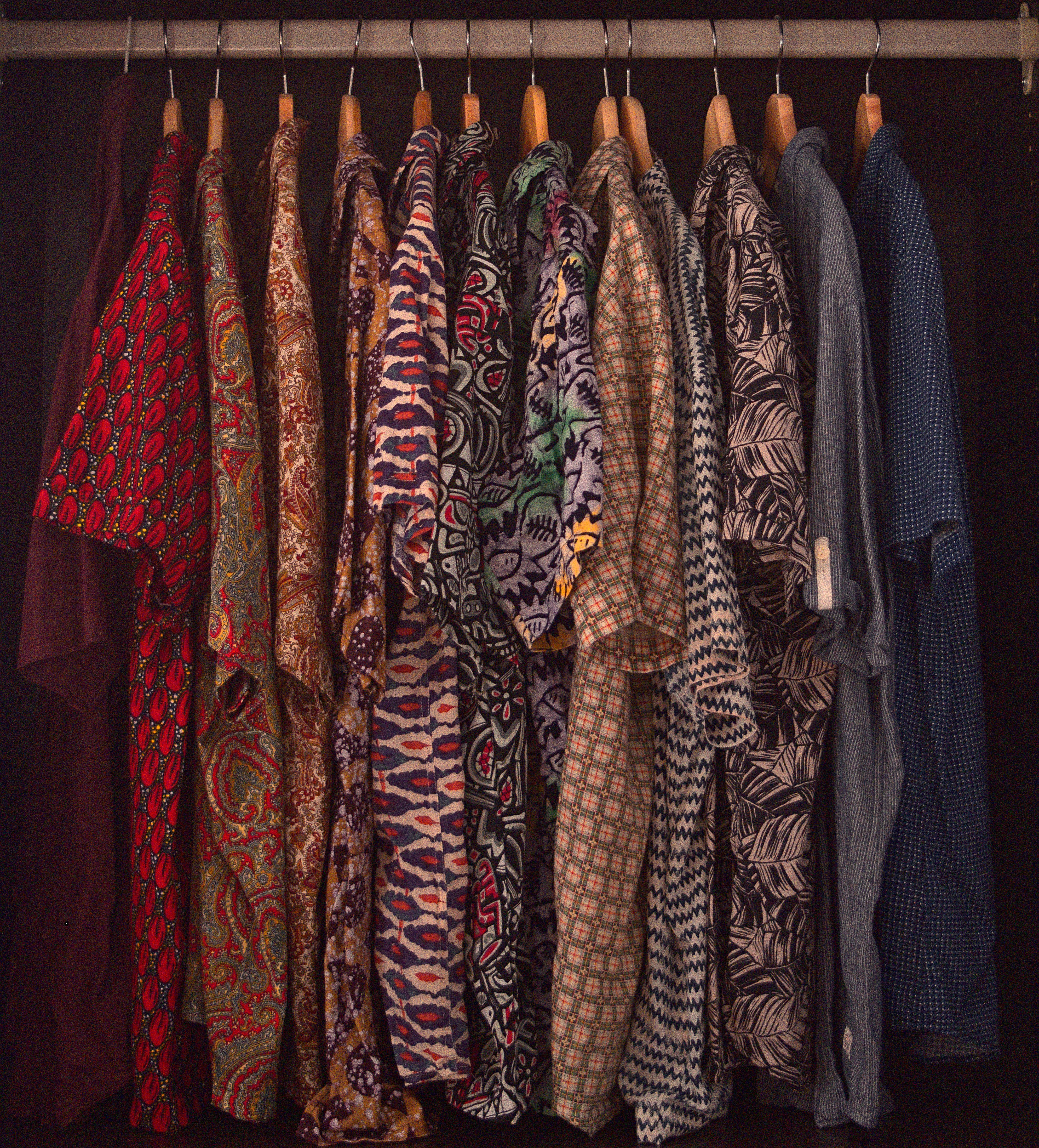 Fast forward to today where formal dress has entirely given way to more casual and relaxed styles, and it’s no wonder the shirts are making a comeback. After the 1960s, the shirts grew more synonymous with suburban dad styles, but today the colorful designs and relaxed fits are certainly not confined to the suburbs.

Give me a call at 808.938.3910 or email me if you are interested in learning more about the popularity of the aloha shirts in Hawaii or anything in general about life on the Big Island of Hawaii.

It is very informative. I love to learn more in life style in Hawaii.

This Small Neighborhood Offers the Best Quality of Life in Hawaii

Do you like sunny weather? Good eateries and shops? Do beautiful marina and mountain views sound appealing? If so, you’ll …

How do you define home? If you are like me, your home is a place where you can just be …