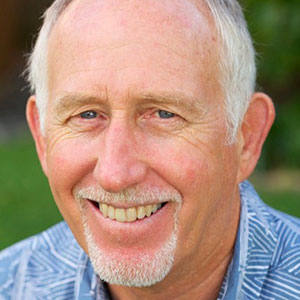 Mike grew up in Orange County in Southern California and went to undergraduate and graduate school at California State University at Long Beach and majored in Industrial Education and Industrial Technology which led to a 10 year career in teaching and counseling. During that time he financed his education and supplemented his teacher salary by remodeling homes and doing carpentry work that became a passion later on building and remodeling his own homes. He has always had an interest in real estate and it was during those early years of teaching when he first visited Hawaii in the Mid 70's on a surf excursion to the North Shore of Oahu. One winter Christmas vacation he flew to one of the ‘outer islands’ as they were called back then as there were no direct flights from the mainland. Maui was the first outer island he visited and that winter he had 2 weeks of the best surf in the world at Honolua Bay when there was hardly anyone out. Things have certainly changed but the memories of surfing and later on windsurfing on the North Shore of Maui at Hookipa Beach Park are his favorite past times and paved the way for one day to move to Maui and “live the dream". In the mid 1980’s he knew he wanted to some day live on the North Shore and bought a 2 acre lot in Haiku but decided to stay in California and moved to the Central Coast to a little beach town called Cayucos north of San Luis Obispo. There he started a sales agency representing a new industry/sport called windsurfing. During those start up years it was exciting and one of the first companies he was hired to represent was a little company a friend of his started in Haiku, Maui in 1979 called Dakine. Back then we built, sold and distributed surf leashes and some foot straps and harnesses for windsurfing. Not much but it was the beginning of something big for his friend who later moved the operation to Hood River, Oregon where he launched a successful world wide company. Mike stayed on as a sales agent in California for 25 years and built his reputation and sales career around the surfing and windsurfing industry and later on the snowboard and ski industry and managed sales to over 150 accounts including all of the ski resorts in Lake Tahoe and Northern California . In addition he started a successful restaurant in Morro Bay near his home, which reflects his commitment to customer service and detail which is imperative to survive in the restaurant business and critical in real estate. The customer is always first and foremost, treat them honestly and with integrity. Visiting the original home office on Maui often, he knew palm trees were in his future and after thinking about it for nearly 30 years and the yearning for warm water he finally found his North Shore dream home in Spreckelsville. Packed up and made the move full time and now lives the Aloha lifestyle. He came out of retirement because he enjoys real estate, meeting new people, expanding his sales career and especially working with Hawaii Life. “It is never too late” is his motto and when you're ready to make your move he is ready to help you find your dream home. He still enjoys and is actively involved in surfing, kite surfing and stand up paddling and helps out with local races and events. If you need to know the ocean conditions he can give you an up to the minute report and when you are ready for someone to really work for you and find your dream home he loves a challenge and looks forward to helping you.

View all of my sales...
My Blog Posts
dining 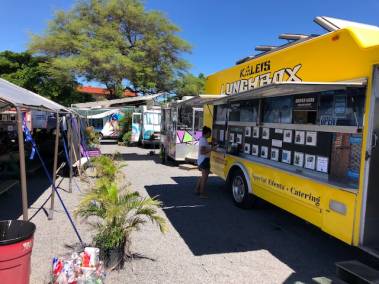 Ono Grinds at the Plate Lunch Marketplace in Kahului, Maui
You know how you can never think of a place to get a meal in Kahului? Search no further! Da …
maui
Oceanfront Spreckelsville Condo Ideally Located on Maui’s North Shore
Located within the secluded and private 4 acre beachfront enclave of Sugar Cove, this oceanfront 3 bed, 3.5 bath condo …
maui
Custom Spreckelsville Home within Walking Distance to the Maui Country Club
Currently, the only home for sale in the coveted Spreckelsville community on Maui’s North Shore, it is conveniently located close …
View all blog posts by Mike Perry
Mike Perry
REALTOR SALESPERSON (808) 280-0121 ‮mnullonullcnull.nullenullfnullinulllnullinullinullanullwnullanullhnull@nullynullrnullrnullenullpnullenullknullinullmnull Working primarily out of the Hawai'i Life Paia Office