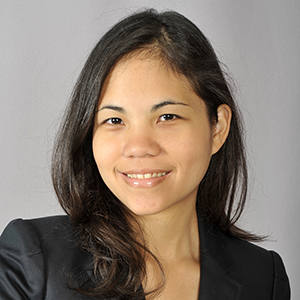 Kimberly Aiko Salsedo was born and raised in Honolulu, where she is currently completing a double major in English and Political Science at the University of Hawai‘i. Her course of studies has provided volunteer opportunities in the offices of various politicians and political parties in Honolulu. Upon graduation, Kimberly plans to continue her education in Law School.

The sale of her family home sparked an interest in real estate. In the summer after she graduated from high school, she immediately began working for a local real estate firm. Kimberly initially joined The CHOI Group in an administrative position and became a Realtor Associate a few short years later.

Kimberly’s energy and enthusiasm, coupled with her work alongside senior members of Honolulu's premier team of luxury agents, has provided her with invaluable knowledge and insight into Hawai‘i’s real estate market that will be of great benefit to her clients.

Kimberly graduated from Kalani High School, where she played tennis and paddled for her school’s teams. She was also very active in Project H.O.P.E., a school club where she engaged in fundraising, coordinating club events, and public speaking at various schools on O‘ahu. During her summers, Kimberly volunteered as a leader for the Honolulu Parks and Recreation Summer Fun Program at Kahala Park.

In her leisure time, her love for travel has taken her to Germany, Austria, Italy, Switzerland, and France. She enjoys learning about other cultures, eating their cuisine, and exploring their history. Kimberly has a passion for animals and actively participates in events for the Hawaiian Humane Society and O‘ahu Society for the Prevention of Cruelty to Animals (SPCA). She owns two Pomeranians, Tobie and Pupper, that are the light of her life.