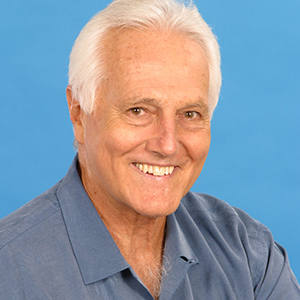 Before launching his career in real estate, Geoff worked in sales and marketing in the Hawai‘i travel industry for Qantas Airways, Singapore Airlines, and as a consultant for the O’ahu Visitors Bureau. Throughout his professional career, he has accumulated extensive knowledge of some of the most beautiful locations in what he considers to be “the loveliest fleet of islands anchored in any ocean”, as described by the great American writer Mark Twain. Geoff has explored them all extensively in four-wheel drive vehicles, on foot, by boat, and often with a scuba tank strapped to his back.

Geoff brings his broad international experiences to The CHOI Group with Hawaii Life. He was born in Shanghai, raised in Western Samoa, and was educated in New Zealand and Australia. The islands have been his home since 1964. Geoff has worked as a professional actor in television and film, where he was featured in principal roles in the original Hawai‘i Five-0, on Magnum P.I., and more recently, on Lost. You can catch him playing the British Ambassador in the feature film about the life of Princess Ka‘iulani. He is also in a recurring roll as "Judge Parnell" on the current Hawaii 5'0

“Working in real estate is a great source of satisfaction to me and my commitment to my clients is to assist them in fulfilling their dreams, by helping them find their ideal home or investment property, and marketing their current residence in an effective and professional manner."

Geoff has lived in Manoa Valley with his family for more than thirty years and is a member of Mālama O Mānoa, an organization dedicated to the preservation of some of the historic values of the valley. He is also past president and a current member of the Foreign Travel Club of Honolulu. In his spare time, Geoff enjoys staying fit by swimming and working out.